LCD manufacturers, now the application areas of LCD screens are becoming more and more widespread, often used for television and computer screen display, for different applications, LCD displays are also different, so what are the types of LCD displays?

GF is the abbreviation of "Glass Fine Color", perhaps you are unfamiliar with GF LCD, because in the market now using GF LCD digital products are very few, in fact, GF is also a kind of STN, GF's main feature is: to ensure that the power consumption of the premise of a small increase in brightness, but the GF LCD will appear some off-color. 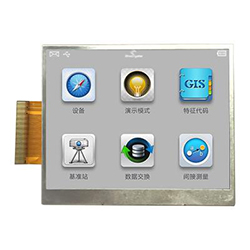 TFD is the abbreviation of "Thin Film Diode", due to the high power consumption of TFT LCD, and its high cost, which greatly increases the cost of the product, so EPSON developed a TFD technology specifically for cell phone screens, it is also an active matrix LCD, each pixel on the display a separate diode, each pixel can be individually This can significantly improve the resolution and can display dynamic images and brilliant colors without trailing.

OLED is the abbreviation of "Organic Light Emitting Display", also known as organic light-emitting display, it is the use of organic light-emitting technology, which is currently the new display technology, OLED display technology and the traditional LCD display is different, it does not need a backlight, but the use of very thin organic material coating and glass Substrate, when it has a current through, these organic materials will be their own light, so its perspective will become very large, from all directions can see clearly the content on the screen, and can also be made very thin, and OLED display can significantly save electricity, known as the "dream display".

These are some of the common types of LCD screens, different types of LCD screen types, the display effect is not the same. The advantages of the display is low power consumption, small size, low radiation. Ltd. specializes in the production of TN/HTN/STN/VA and LCD products, specializing in the production of high-tech products --- LCD, VA products and LCM black and white screen module.